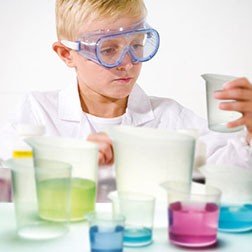 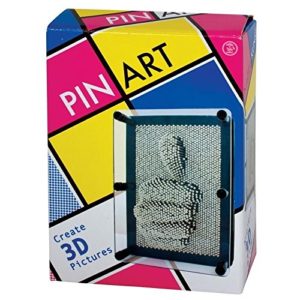 The Hornet Literacy Primer is a manual for teaching literacy skills: reading and spelling. It can be used by anyone.  In short: you do not need to be a teacher or a professional:  A coach needs a moderate ability to read the English language.  Other than the manual, all you need is a pencil, an exercise book and scrap paper.

6 in stock (can be backordered)

Word Wasp: Hornet Literacy Primer: A Manual for Teaching the Basic Rules and Structures of English Reading and Spelling

The Hornet Literacy Primer is a manual for teaching literacy skills: reading and spelling. It can be used by anyone.  In short: you do not need to be a teacher or a professional:  A coach needs a moderate ability to read the English language.  Other than the manual, all you need is a pencil, an exercise book and scrap paper.

Some of our students, particularly between the ages of 5 and 7, require both a slower start and a lower threshold. The Hornet was specifically designed for these students.  Adults with severe reading and spelling difficulties are also able to use the Hornet.

The Hornet’s early exercises are concerned with learning the basic phonic sounds of the alphabet code.  These sounds are at the very foundation of our language.  Our programmes are based on phonics and rules, central to which is the development of the ability to process sounds; particularly vowel sounds.  Students of the Hornet will, from the beginning, develop the ability to identify vowel sounds from speech and express them graphically (write them down!).  Our students, thanks to the Hornet/Wasp marking system, cannot progress through the text before they are able to identify vowel sounds.

The most frequent underlying problem, which effects reading, spelling and speech, is one of auditory discrimination: the ability to identify sounds. Without this ability, students are unable to initiate the thinking process.  Sequential thinking is at the root of cognitive development.  These processes often remain undeveloped in both children and adults with reading and spelling problems.

Nothing is to be gained by inflicting memory-based data at this stage: It is of little use to use the most frequent words as a sound base.   These words have a place in the learning programme but certainly not at the beginning; they are exceptions or form part of a digraph, diphthong or rule which needs to be taught as and when the initial ability to form phonic constructions has been developed.

The Hornet teaches these sounds and simple rules and introduces more rules incrementally. The effect of this simple methodology is to provide students with tasks they are able to perform at all times.  Students will learn to read and form words and, simultaneously, learn simple rules: The word ‘fill’ contains one vowel therefore is required to end with two ‘lls’ .  The word ‘until’ has two vowels and is therefore required to be spelled with one ‘l’.

It is the success of this simple methodology which makes children enjoy the book.  It has been designed, like the Wasp, without reference to patronizing graphics, which means that it works just as well with those adults, whom, as we stressed earlier, carry the burden of not having initiated the requisite thinking process which is vital to the simple reading and spelling of English words.

Both texts are literacy manuals in their own right but the Hornet’s slower pace covers a narrower area in a more in-depth way in order to give primary or struggling students that good phonic start which has been missing from many schools for many years.   It is an ideal text for Primary Schools. The Hornet overlaps The Word Wasp and this is taken into consideration in the Wasp marking system.  The overlap fast tracks students into the Wasp Programme.

Who else benefits from the Hornet?

All children starting primary school will benefit from beginning their education with a language primer as easy and effective as the Hornet.  Those students without problems will be catapulted into literacy whilst those requiring a little more encouragement have a fighting chance of catching-up.

English as a second language:

the Hornet has been used by  students from Mongolia, Vietnam and China. These students did not share the same oral traditions of Western European languages; received sound was of little help.  However, the basic phonic structure of both the Wasp and Hornet became central to their learning process.  Their own traditions of learning sounds before words dovetailed with the structure of the Wasp and Hornet and their reading and Spelling skills flourished.  A five year old Mongolian girl, now seven, became top of the class in English at her primary school.

Students having completed the Hornet and progressing to the Wasp are reintroduced to basic phonics once more.  However, this overlap is accommodated in the Wasp marking system; giving Hornet students a more in depth phonic foundation without being ‘over-fed’.

The Hornet broadly covers Key stage 1 and beyond.  However, as we stressed earlier: at the core of the ability to good reading and spelling skills is the development of the phonic base.  The skills necessary cannot be inculcated if the strategies for that development rely on memory training.  We need to teach our students the alphabet code; teaching them to spell ‘rhinoceros’ or any other word included in the most frequently used, out of syncopation with the phonic base, is an undertaking which often results in stagnation and frustration. 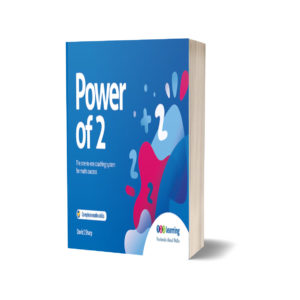 Power of 2: The One-to-one Coaching System for Maths Success 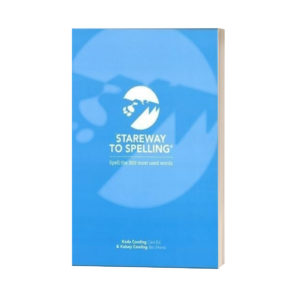 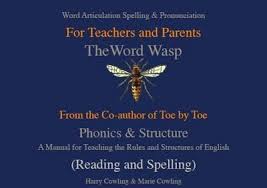 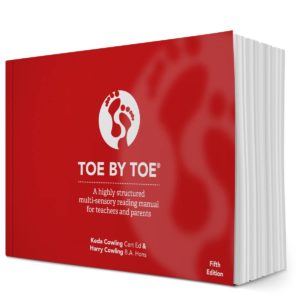 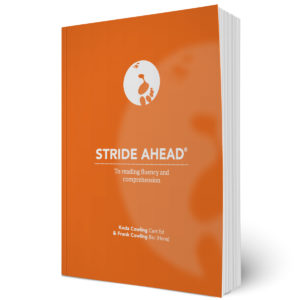 Stride Ahead: An Aid to Comprehension